Pioneer Glass offers custom antique mirror glass that can be made of any size, shape, and virtually any thickness to meet your needs!

Antique mirrors add a dash of personality to your home.

Mirrors have become one of the most important parts of the home, as they create focal points, make rooms look larger, and have no shortage of options to suit one’s budget or taste.

And people get plenty of use out of mirrors – a British study in 2015 showed men checking their appearance in a mirror an average of 23 times a day and women 16 times. (We were surprised that men check their appearance more often than women, too!)

Antique mirrors-those dating from a previous era at least 100 years old that are considered collectable or valuable-are a great option to beautify homes. With their distinctive character, they can anchor a room and create a talking point.

What makes an antique mirror?

In addition to its age—more than 100 years old—antique mirrors tend to have ornate frames and silver backing. (Modern mirrors are aluminum backed.)

You may hear antique mirrors referred to as “vintage” and “collectable” but there are some differences between the terms.

Other details specific to antique mirrors:

Common characteristics of Baroque mirrors include an oval shaped style, frames typically made from oak or walnut and often gilded with gold and silver, and less ornate carvings than the Gothic style.

The Rococo style is a rectangular or oval shape with a flat base, gilded gold and carvings at the top of the frames, which were often walnut or mahogany with the carvings often of flowers.

Victorian mirrors consist of contrasting designs, mirrors were either dark wood or white with ornate and heavy designs with inspiration often taken from Gothic inspired forms.

The Edwardian style mirrors are characterized by a delicate style and similarly delicate colors. The style draws upon different elements and characteristics of earlier styles from past eras.

The characteristics of mirrors from the Art Nouveau period include sinuous lines, swirling designs and nature inspired motifs.  Pewter frames were common, as were black lacquered frames.  Stained glass was often used to add a delicate finish to the Art Nouveau variety of mirrors.

Thanks to LoveAntiques.com for the breakdown. 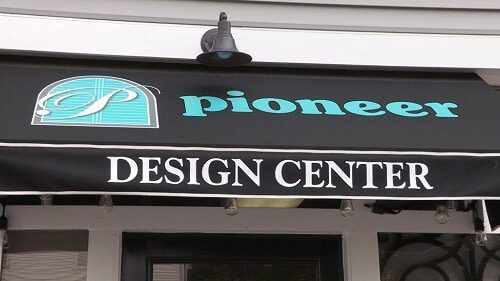 See your vision come to life in our showroom.

Click the “i” icon in a round circle in the photo above to learn the name of the design.

All mirrors can also have gold veining applied to them with these options: