Looking to get an overview of our wavy glass offerings instead of a history?

A History of Wavy Glass Types

Wavy glass is the “cool-looking” glass commonly found in older window panes, doors, and furniture built prior to the early 1900s.

Generally, the further back in history you go, the wavier the glass is. As craftsmen improved their methods over time, the wave and distortion became less apparent.

Early manufacture of glass involved single sheets of glass manufactured by a craftsman by blowing through a tube, resulting in tiny bubbles called seeds. 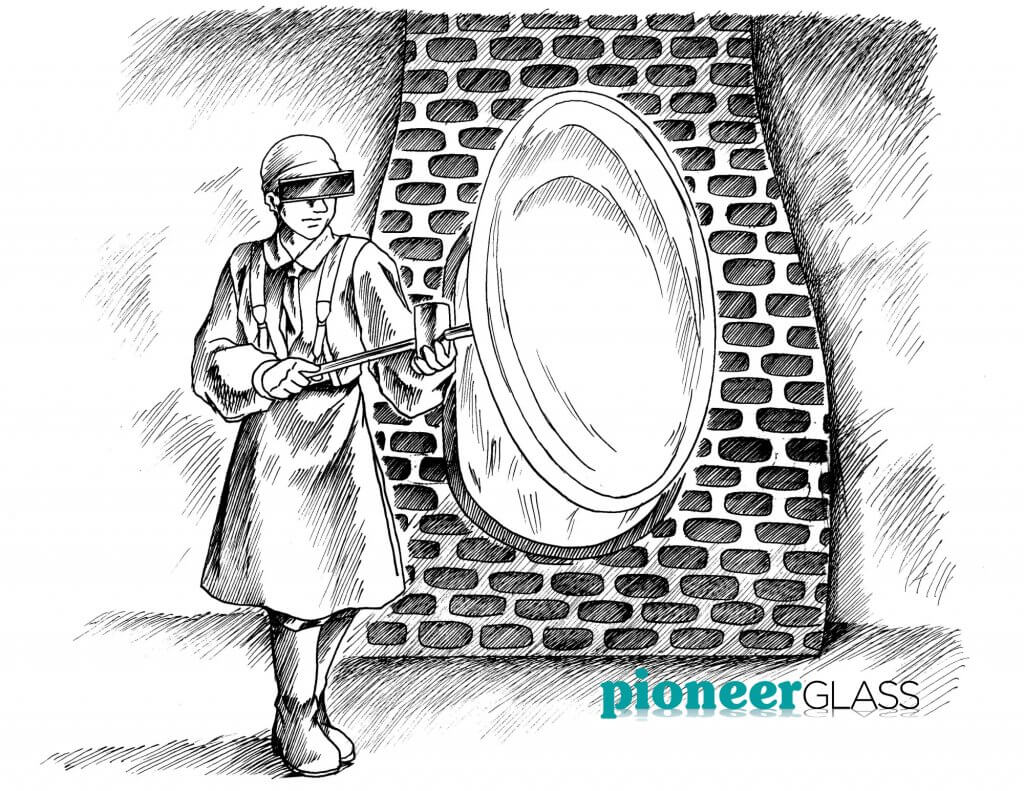 Because the glass was spun in a circular motion, the “waves” were more rounded. The center piece had an end-knob imperfection (commonly called a crown or bullion) which was sold as part of the window or more frequently as a small piece of decorative glass over or alongside windows and doors.Today this is referred to as a bulls-eye. 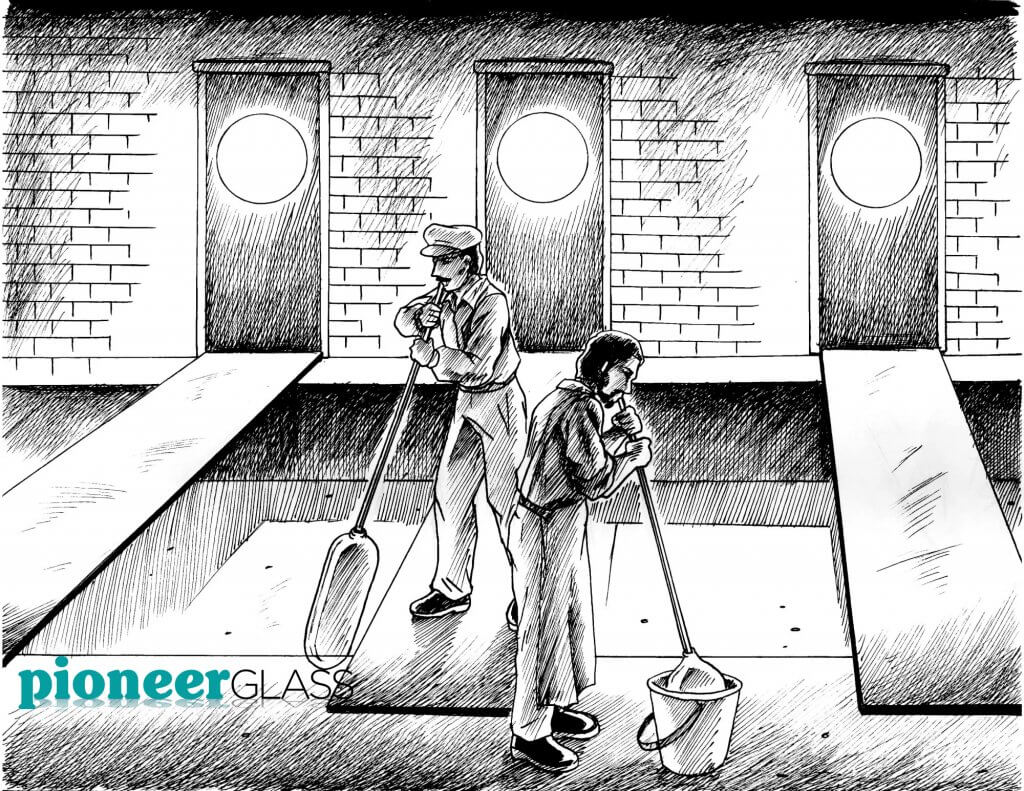 Due to the swinging of the glass during manufacture, the waves in cylinder-blown glass were less curved and more parallel. The advantages of cylinder blown glass were price, uniformity of thickness, larger sheets, and less manufacturing waste.

Cylinder glass became the standard window glass panes in the 1800s. The glass still had many waves and bubble pockets. An early version of cylinder blown glass called broad sheet was generally not used for window glass. 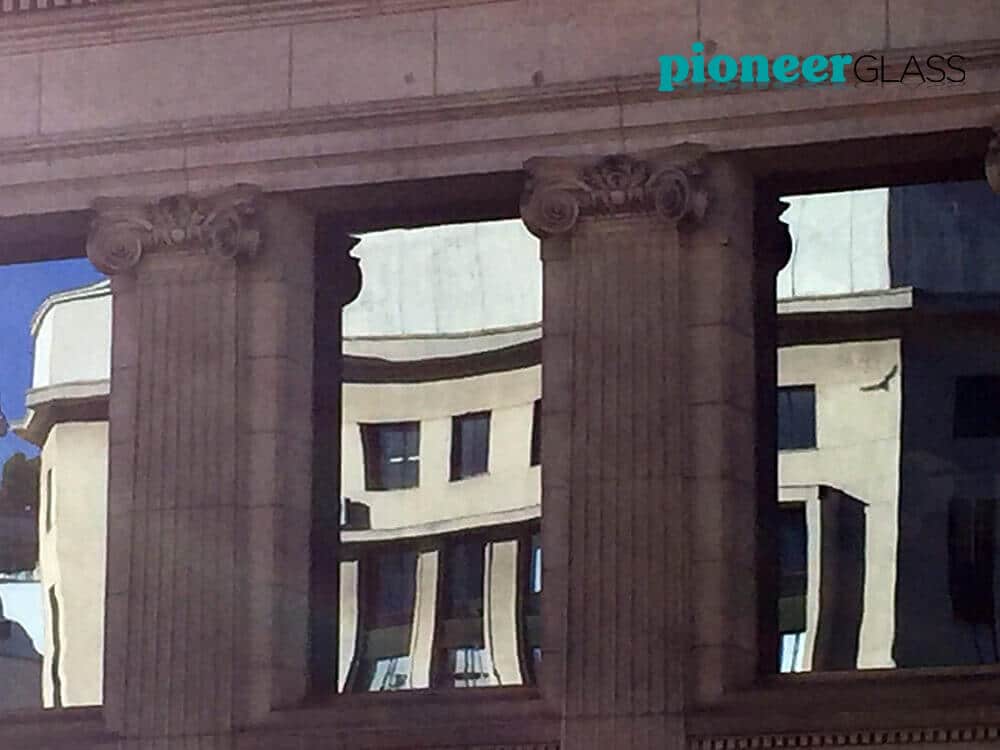 This type of glass is still very widespread today in American cities. It is very similar to cylinder-blown glass with a somewhat less distortion and is known for its vertical lines.

The Fourcault process and Colburn processes for making vertical drawn glass in the second decade of the 1900s further mechanized glassmaking. This glass could be produced in wider sheets at cheaper costs. These advances led to even less distortion but by no means perfect glass.

For great information on restoring windows and other historic restoration skills, check out Scott Sidler’s The Craftmans Blog.

Looking to get an overview of our wavy glass offerings instead of a history?

With our expertise, we'll help you pick the right options to fit your vision and budget.

We're on time, work quickly, and keep things clean. Your happiness is guaranteed.

We do what we say and say what we do. Our reviews and BBB rating of A+ prove it.